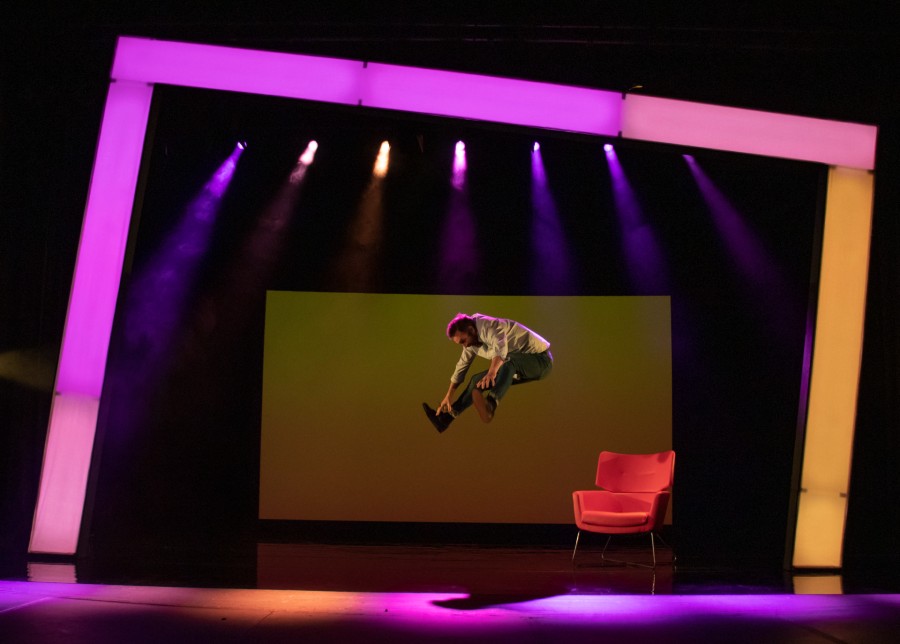 Following a 16-venue tour in 2021, Pure Mental returns to Riverbank Arts Centre for two special performances, as part of First Fortnight Festival.
Having finished up a 5-year stint presenting on National Radio, in the pressure cooker that is a breakfast show, Keith Walsh found a bit of time for himself.  More importantly, he found time to check in with his mental health. Midlife Crisis? Midlife awakening? Breakdown? Join him on a journey of introspection and exploration, as he locates his demons and traumas in order to try and find the real person underneath the fuzzy mess of stress.
Pure Mental is a live theatre show put together with the help of acclaimed performer, writer and director Janet Moran (A Holy Show, Swing and Looking for América) in the strangest of Covid times – sometimes working in different rooms, often in different counties.
“Walsh has an engaging personality & a fine stage presence…an inspiring piece of positive thinking laced with humour…“  “Director & co-writer Janet Moran has a sharp eye for the comic potential in small details”  Irish Mail on Sunday
Credits: Keith Walsh – Writer/Performer
Janet Moran – Director/Co-Writer
Phil Jennings – Production Designer 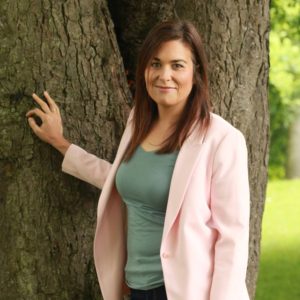 Following his performance on Friday 13 January Keith Walsh will be joined for a Q&A discussion by Stefanie Preissner.
Stefanie is a screenwriter, author and columnist. She began as a theatre writer, playing to sell-out audiences and gaining attention for her keen observations and sharp wit. From there she erupted into TV screen with her hit comedy-drama Can’t Cope, Won’t Cope commissioned for two series by RTÉ and later broadcast on BBC Three and Netflix to international acclaim.
She became a shameless agitator and advocate for the millennial experience. Unafraid to be direct and highlight societal problems created by older generations who voted and lived in a solipsistic bubble for years and leave the burden to the generations below them.
Stefanie first came to attention with her one-woman theatre show Solpadeine Is My Boyfriend, a mixture of lyrical poetry and narrative, it enjoyed sell-out runs in Dublin before touring internationally and later became RTÉ’s most downloaded podcast as a radio play. She hosts a popular contemporary podcast Basically…. with Stefanie Preissner and is a regular radio and TV contributor. Stefanie is proudly autistic.
Pure Mental was originally produced by Riverbank Arts Centre with the support of the Arts Council, Creative Ireland and Kildare County Council, with additional support by Mermaid Arts Centre in 2021.
Pure Mental photo: Ger Holland
+ Google Calendar+ iCal Export