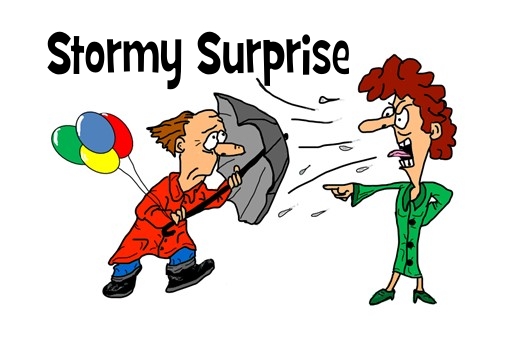 Paul thought he’d planned the best surprise birthday party for his wife June when he hired an old remote cottage in the woods, but the shabby shack isn’t up to June’s standard, and things get even worse as the surprise guests that Paul has invited are people that June hates.
A stormy night adds to the tension in the cottage and with a mysterious stranger turning up uninvited anything is liable to happen in this hilarious comedy.