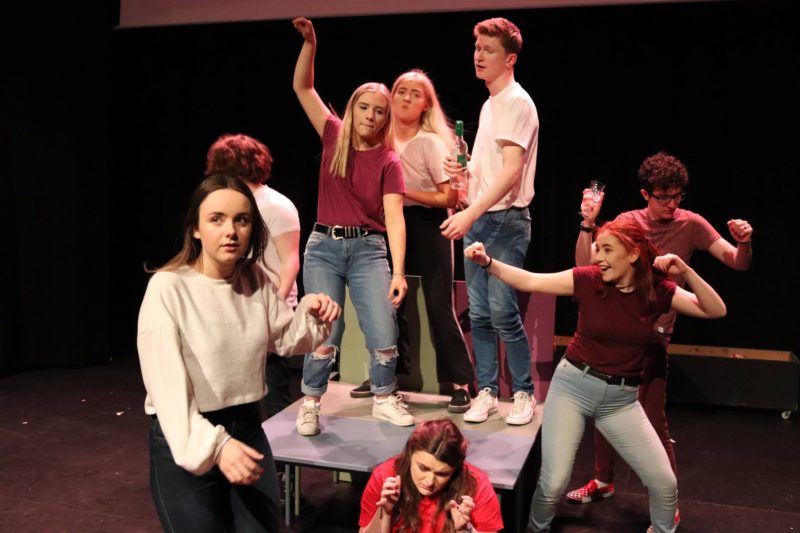 This is a chance for local audiences to see The Small Hours by Katherine Soper prior to it being staged in the Dorfman in The National Theatre in London.

The Small Hours captures a moment in the lives of 8 teenagers and then follows them through the decades, through climate change and a changing world, until the end of their lives. It is part of the National Theatre (London) Connections programme. The National select 10 productions from 300 to be staged in the NT on the South Bank in London later in June. Kildare Youth Theatre’s production was one of this year’s ten chosen.