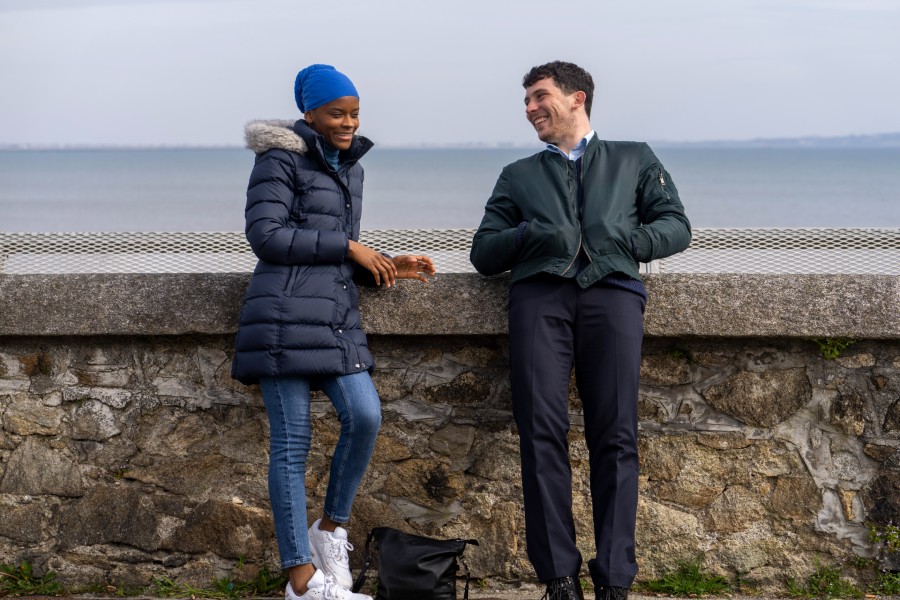 Aisha Osagie is a young woman who fled Nigeria after members of her family were killed. Ending up in Ireland, she is placed in the direct provision system while seeking asylum. She tries her best to eke out a living, but is frustrated by the unstable nature of her accommodation situation. In one centre, she befriends local security guard Conor. But as the two grow closer, Aisha struggles with the increasing precariousness of her life in Ireland.
The excellent new film from director Frank Berry (Michael Inside) is a probing look at Ireland’s direct provision system, drawing on the real-world experiences of asylum seekers. Angry and compassionate in equal measure, Aisha features two exceptional lead performances from Letitia Wright (Black Panther) and Josh O’Connor (God’s Own Country).