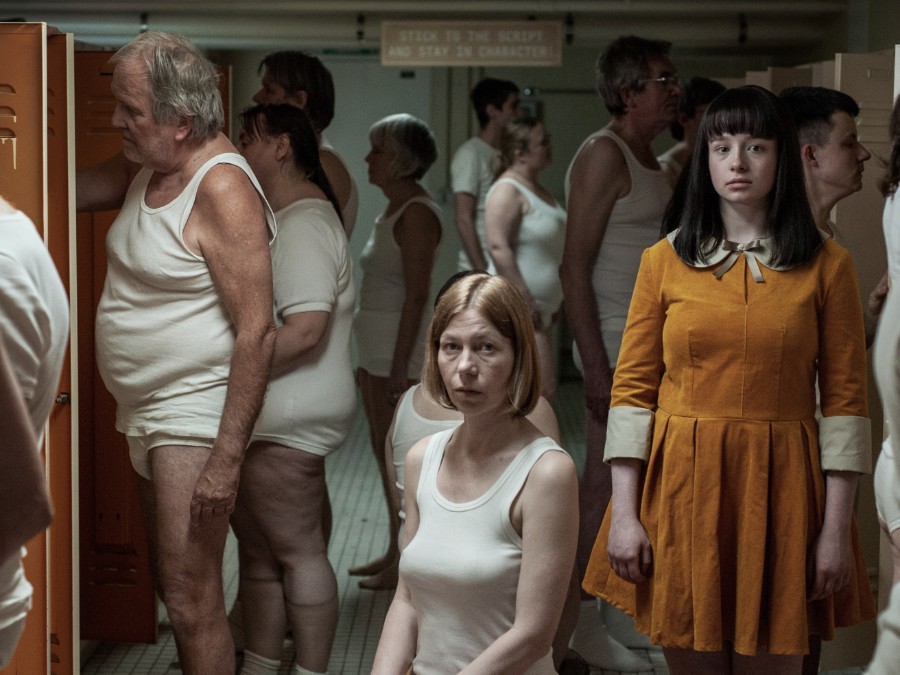 Have you ever felt like a supporting character in your own life? Sophie Linnenbaum’s daring and original film imagines what it would be like if you really were one. It tells of Paula – a supporting character in a movie – who dreams of having her own storyline by attending Main Character School and becoming a lead.
A clever satire about identity and exclusion, The Ordinaries sees a woman battling these themes playfully in a filmic meta world.

The Ordinaries is touring to Riverbank Arts Centre as part of Dublin International Film Festival, in association with access>CINEMA, and with the support of the Arts Council